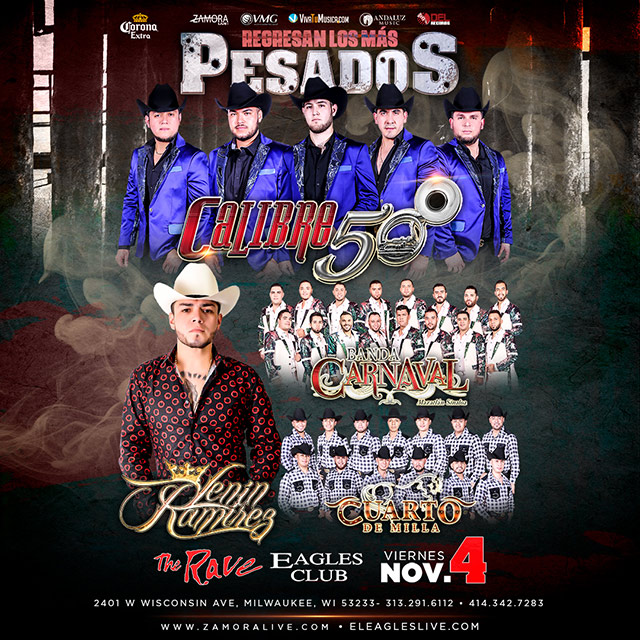 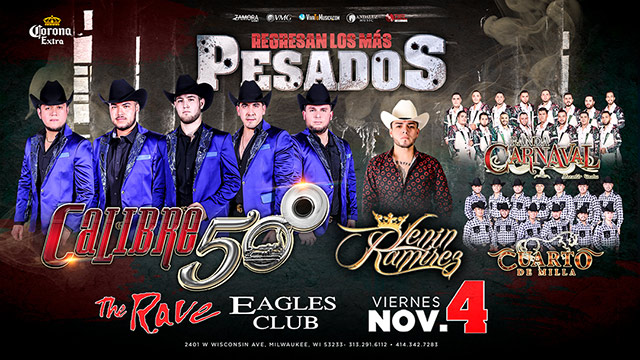 Friday, November 4, 2022 at 8pm
The Rave/Eagles Club
ALL AGES EVENT

Calibre 50 are an award-winning norteño quartet from Mazatlan, Sinaloa founded in 2010 by Eden Muñoz (vocals, accordion), Armando Ramos (guitars, vocals), Martín López (tuba), and Augusto (drums). Their provocative name ("armor-piercing bullet") was chosen as a symbol for their music, whose strength they hoped would carry them across the border from Mexico north to the United States and south across Latin America. Even though many of their narcocorridos are officially banned from airplay in their home country, word of mouth and streaming have served to get their music to an ever-growing audience. Founded in 2010, the band started on the stages of small restaurants and local parties, where their theme song, "El Infiernito," opened the doors to airplay. Two other tracks, "Culiacan vs. Mazatlan" (a duet with Gerardo Ortiz) and "Callejero y Mujeriego," helped propel their 2010 debut album, Renovar o Morir, to a strong chart showing and also the Lo Nuestro Award for Regional Mexican New Artist of the Year. Each album has charted since then, including three (2012's Grandes Exitos, 2014's Contigo, and the following year's Historia de la Calle) that placed in the Top 200 and topped the Mexican Regional Albums chart. Their rowdy stage show is a spectacle of musical intensity and engaging crowd interaction.

Calibre 50 signed with Sony in late 2014. In January of the following year, Univision premiered the telenovela Que Te Perdone Dios (a remake of 2000's Abrázame Muy Fuerte). The band was enlisted to deliver the theme song, "Aunque Ahora Estés con El." It was released as a stand-alone single and landed in the Top Five on various airplay charts. The quartet issued a notoriously controversial pre-release single, "Se Nos Volvió a Pelar Mi Apá," which was banned from airplay by some radio stations, thus affecting its chart position. They followed it with "La Gripa," which was released simultaneously in November with the Sony album Historia de la Calle. The 14-track set offered a wide variety of Calibre 50 music showcasing northern corridos, reggae, cumbias, and rancheras that hit number one on the Latin Albums chart. It also included a cover of Joan Sebastian's "Amor Limosnero." In July 2016, the pre-album single "Amor del Bueno" went to number one on the Regional Mexican Songs download and airplay charts. In early September, the band issued three more singles, each a week apart from its successor: "Bola" was followed by "Siempre Te Voy a Querer" (which peaked at number five) and "Pa' Qué Me Hacen Enojar." The Desde el Rancho album was issued at the end of the month. It eventually peaked at number one on the Mexican Regional Albums chart and remained on the charts for more than 52 weeks. 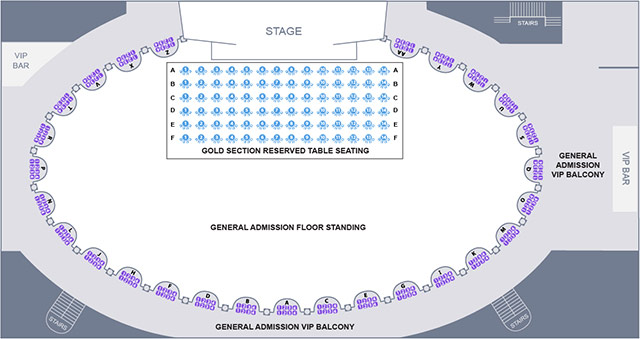 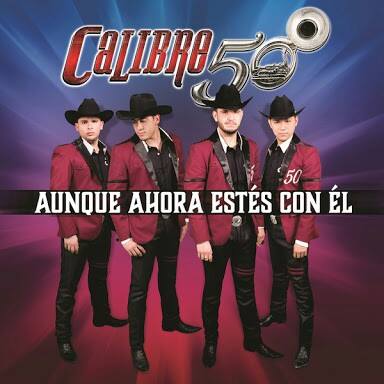 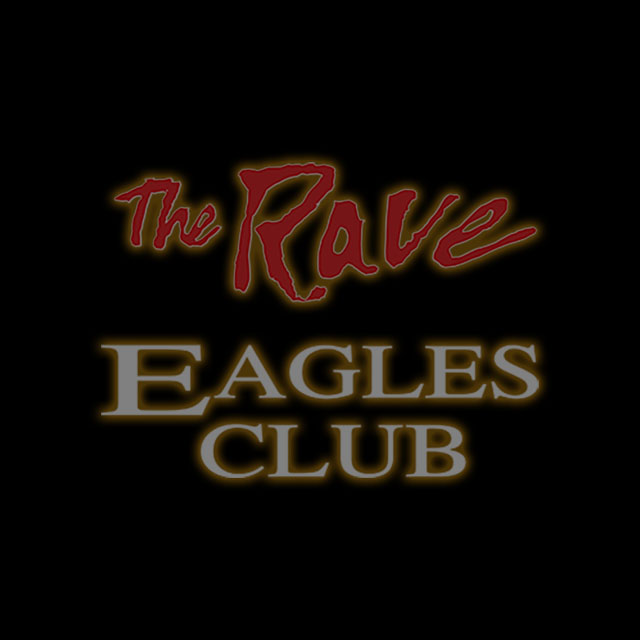 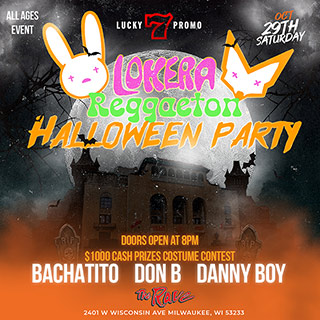 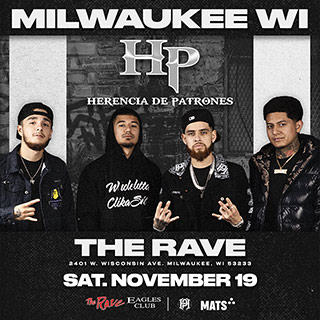