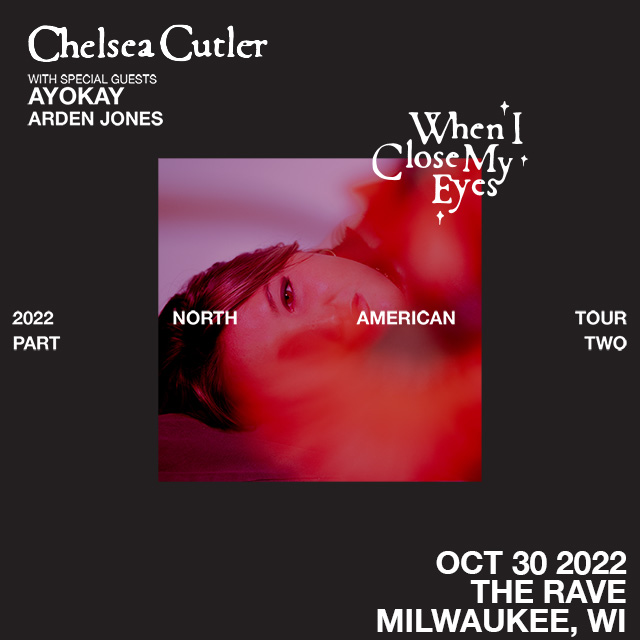 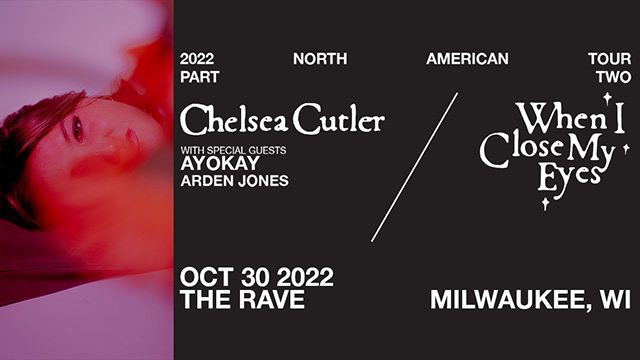 Instantly-relatable lyrics and handcrafted lo-fi soundscapes have established Chelsea Cutler as a quiet, yet disruptive, force for popular music. Since 2017, the singer, songwriter and producer went from making music in her dorm room, to accumulating over 2.5 billion global streams, headlining tours and playing major festivals around the world, being included in Forbes 30 Under 30, and receiving praise major outlets such as Billboard, Variety, Complex, PAPER Magazine, Refinery29, Ones To Watch and many more.

Her breakthrough RIAA Gold-Certified single “Your Shirt” paved the way for her debut EP, Snow In October. Leaving college shortly after, she hit the road alongside Quinn XCII at the top of 2018 before kicking off a prolific string of releases, including the independently released mixtapes Sleeping with Roses and Sleeping with Roses II.

In 2019, she released the joint EP “brent” with close friend and frequent collaborator Jeremy Zucker which was led by the RIAA Certified Platinum single “you were good to me”. During the year, Chelsea was formulating her solo debut album, How To Be Human, which is a collection of songs that touch on both human emotions and the human psyche.

Later in 2020 during the pandemic she managed to safely reunite with Jeremy Zucker in upstate New York to create “brent ii”, their follow-up joint EP that later released on February 5, 2021. All the while, Chelsea was also working on music for a new project, which would ultimately become her sophomore album, When I Close My Eyes. Following the release of singles such as “Devil On My Shoulder” and “Calling All Angels” (with Quinn XCII), When I Close My Eyes was released  to critical acclaim. In the fall of of 2021, she joined Quinn XCII on a co-headline tour. In Spring 2022, she went on a headline tour in support of her new album, which included her debut at Coachella, and is spending the summer on another extensive festival run. This fall, she will return on the road again for Part 2 of her When I Close My Eyes Tour, hitting 23 new markets around the country, including Milwaukee at The Rave/Eagles Club on October 30th. 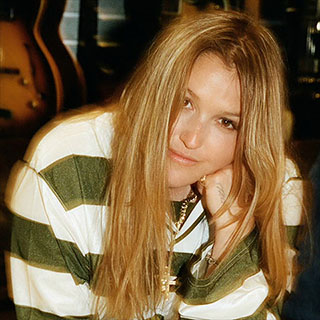 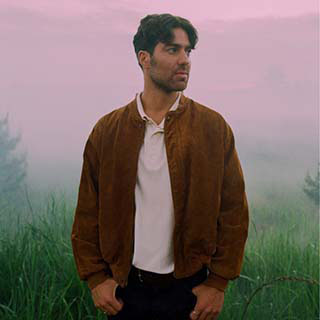 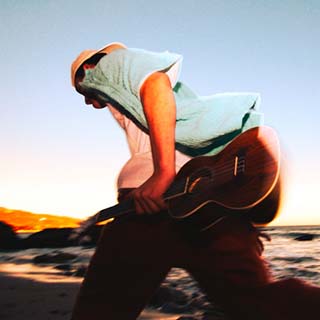 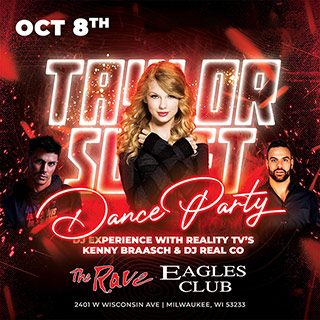 Taylor Swift Dance Party
October 8, 2022
BEWARE OF SCALPERS
The Rave/Eagles Club strongly suggests you purchase tickets only from TheRave.com, eTix.com, lyte.com and official band websites. The Rave does not sell tickets on Ticketmaster. If you don't see The Rave logo, the Etix logo, or the band logo, on the purchase site, please ask or check TheRave.com or feel free to ask us, before you purchase!