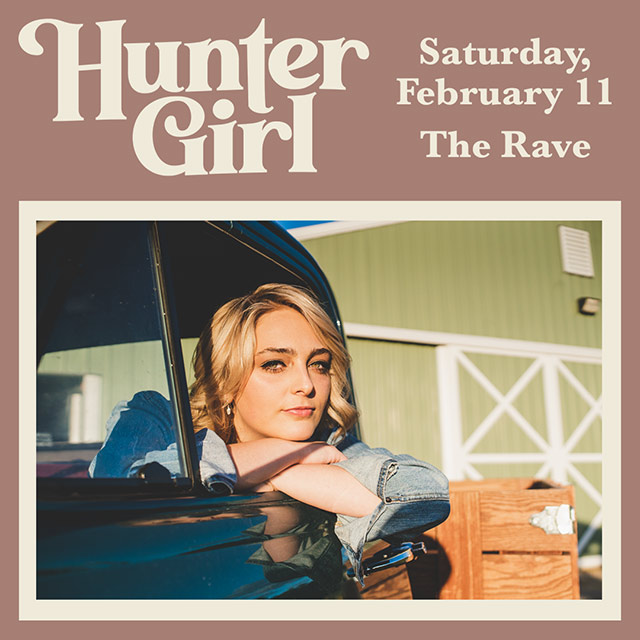 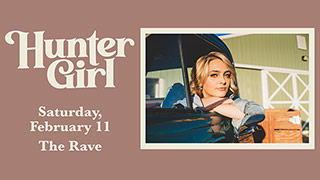 HunterGirl
opening act(s) to be announced

Saturday, February 11, 2023 at 8pm
The Rave/Eagles Club
ALL AGES EVENT

The stage name of country singer/songwriter Hunter Wolkonowski, Huntergirl was already a seasoned performer in 2022 when she took home second place on the 20th season of American Idol. Born in Gruetli-Laager, Tennessee, Wolkonowski spent her formative years in the nearby town of Winchester, where she performed at her local church and participated in various singing competitions. She moved to Nashville after graduating from high school and quickly immersed herself in the club scene, spending her days earning her degree at Middle Tennessee State University’s Music Business School and her nights honing her craft on stage. During this time, she won multiple songwriting contests, including back-to-back Nashville Songwriter Association International awards, and opened for the likes of Old Dominion, Florida Georgia Line, Kane Brown, Alan Jackson, Trace Adkins, Charlie Daniels, and Sara Evans. At the age of 20, she auditioned for the 2022 season of American Idol and earned a platinum ticket, which is awarded to one contestant in each audition city, allowing them to advance directly to the second round of Hollywood Week. Noah Thompson ended up taking home the top prize, while Wolkonowski was the runner-up. She released her debut EP, One Day, in early 2022, with the single "Red Bird" appearing later that summer. In addition to her music career, Wolkonowski is an avid supporter of the military and its many veteran organizations, such as Freedom Sings USA, Operation Song, Middle Tennessee State University, Charlie and Hazel Daniels Veteran Center, and Soldier’s Child. 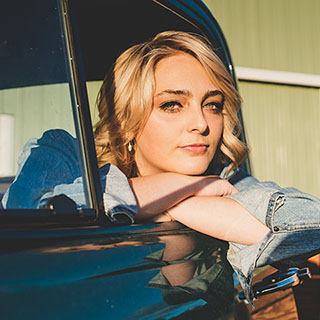 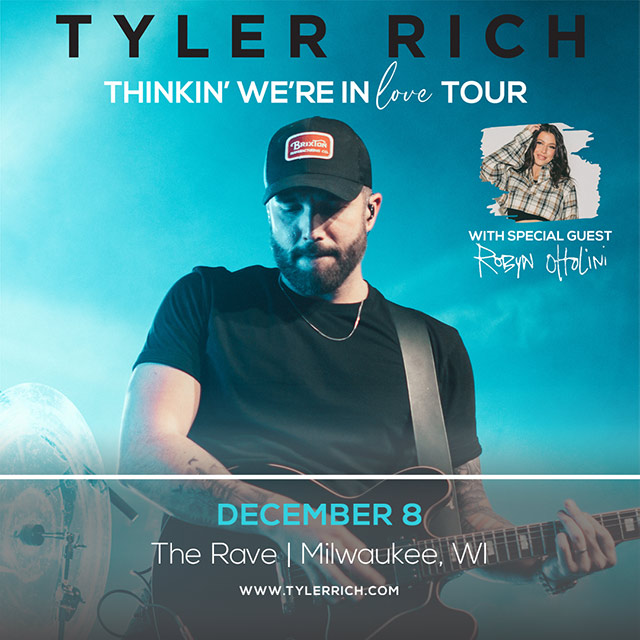 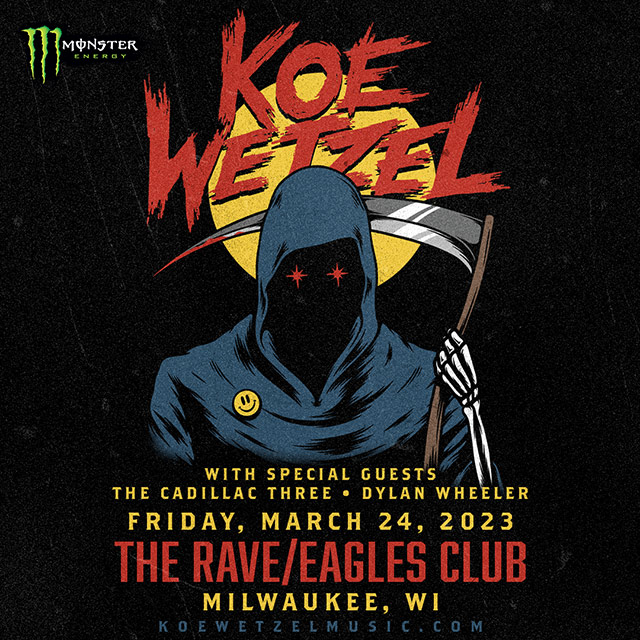 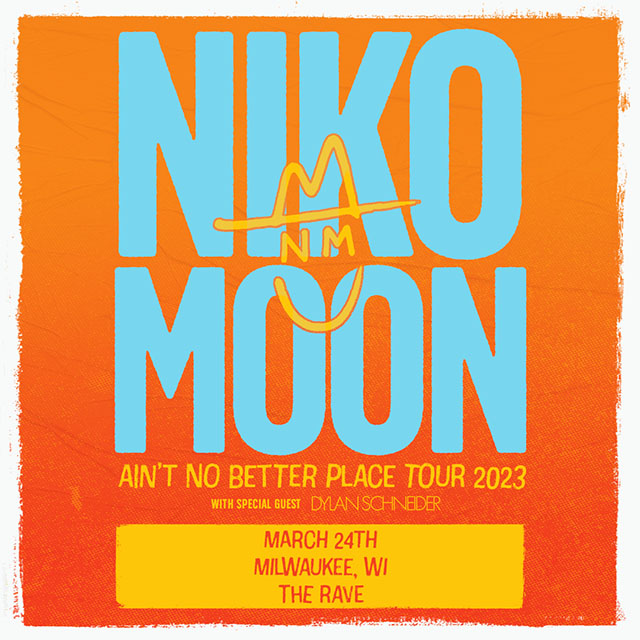 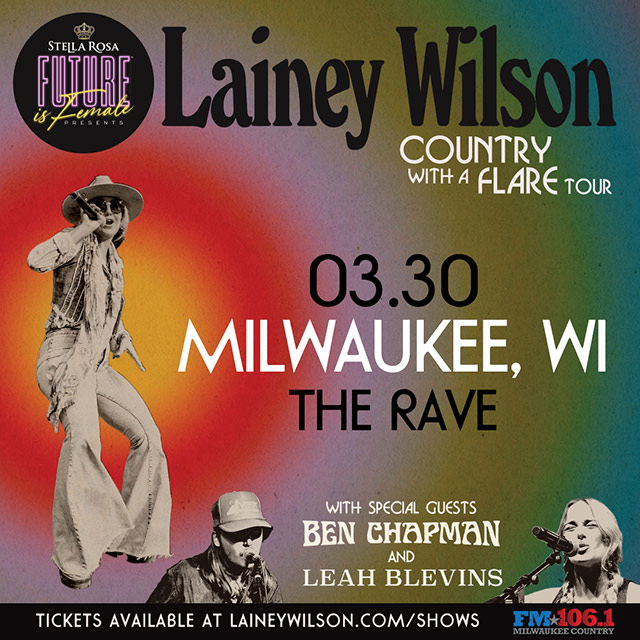 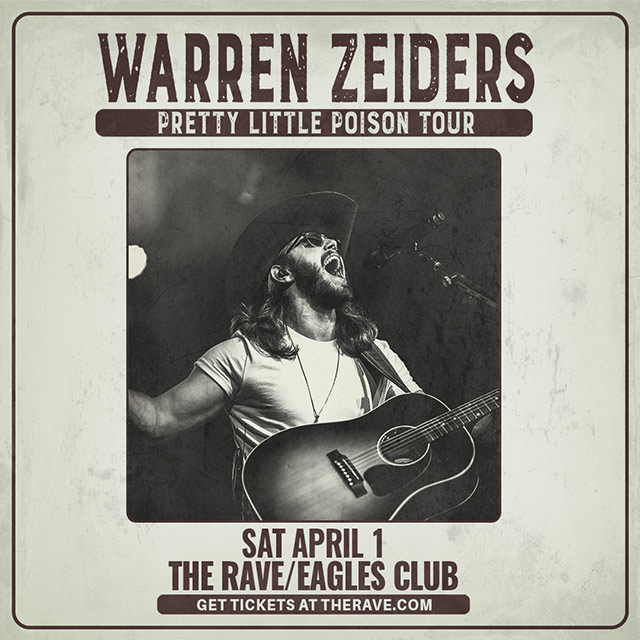 Warren Zeiders
April 1, 2023
BEWARE OF SCALPERS
The Rave/Eagles Club strongly suggests you purchase tickets only from TheRave.com, eTix.com, lyte.com and official band websites. The Rave does not sell tickets on Ticketmaster. If you don't see The Rave logo, the Etix logo, or the band logo, on the purchase site, please ask or check TheRave.com or feel free to ask us, before you purchase!